It didn’t take the business sense of an e-n-t-r-e-p-r-e-n-e-u-r for the staff at Healthy Learners to realize they had to reinvent their biggest fundraiser — a spelling bee.

Healthy Learners is a local nonprofit dedicated to removing health barriers to learning. They work with school nurses, who identify health issues, contact with parents and connect them with Healthy Learners. The staff then work to set up appointments for the child, taking them in a van to visit doctors and dentists.

As the pandemic began affecting Greenwood, McIntosh said Healthy Learners kept working through the end of spring, shuttling children to appointments. Eventually, however, doctors’ offices shut down and the work had to cease.

“Over the summer, typically Healthy Learners takes a break,” McIntosh said. “Actually, this year they continued to help deliver meals from the schools.”

As school districts delivered meals to students through the summer, Healthy Learners volunteers and staff helped safely deliver them. Once school went back in session in the fall, it was back to business as usual. Their van has been running nonstop, taking students from school to appointments and back.

“The need is what’s incredible,” she said. “We have a 98% response rate on referrals that come in.”

The partner healthcare providers reopened, and work has been steady. Last year, Healthy Learners served more than 300 children, providing more than 1,000 services for them, not including transportation. What’s different this year, and what many nonprofits have been struggling with, is funding.

“Giving is a little bit decreased on one hand, but on another, people are stepping up as never before,” McIntosh said.

The group’s big annual fundraiser, a team-based spelling bee, had to be cut to two-thirds its size this year, but nearly 40 teams stepped forward to donate and participate. McIntosh said sponsors came forward in equal number to last year, too, which has been a huge boon for the nonprofit.

This year’s spelling bee went virtual, using video chat software to connect teams. The Healthy Learners staff set up a host site at the Genesis Education Center, from which an enunciator read aloud the word, it’s definition and origin and an example sentence. Then, teams had time to write the word down and hold it up to their cameras, where judges at Genesis would check the spelling and determine which teams were off.

The spelling bee was broken into two competitions, one at 4 p.m. Tuesday and the other at 6:45 p.m. In the first slot, Greenwood County School District 51 took the first-place position, with a tie between First Baptist Church and Velux for second. The second contest went to Church of the Resurrection, with First Presbyterian Church in second place.

Between registrations, sponsorships and teams paying to stay in the competition after a flubbed spelling, Healthy Learners took home more than $33,000. These funds, McIntosh said, will be invaluable in continuing to provide essential medical services to children throughout the community. 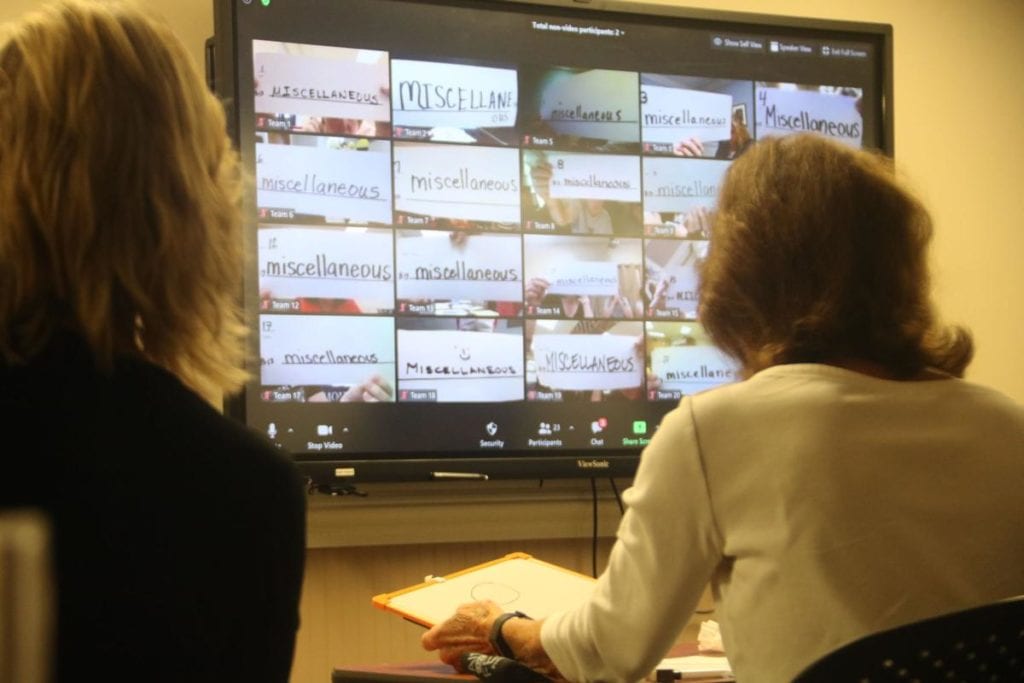